The aim of the webinar was to share the information on Sri Lankan gem & jewellery industry and to create direct linkages between the potential Korean gem importers and traders with the Sri Lankan exporters of gems and jewellery.

Ambassador of Sri Lanka to the RoK, H.E.Dr. Saj U. Mendis, in his opening remarks at the online event highlighted the fact that the Sri Lankan gem industry has made its mark in the international market for its quality gemstones and fine jewellery in a range of unique and exquisite designs. With this reputation, the industry is now geared to establish a world-class Gem and Jewellery hub in the region.

During the event, Mr. Tilak Weerasinghe, Chairman, National Gem & Jewellery Authority (NGJA) of Sri Lanka pointed out that NGJA, being the Government regulatory body of the Gem and Jewellery industry in Sri Lanka has introduced a number of industry development programmes and relief measures for the gem trade sector despite the Covid Pandemic. Mr. Hong, Jae Young, Chairman of Korean Gem Trade Association (KGTA), during his speech, thanked the initiative taken by the Sri Lanka Embassy and the NGJA to establish direct linkages between the gem traders of both the countries.

Two detailed presentations on Sri Lankan gem & jewellry industry and the areas of potential collaboration was delivered by the industry specialist Dr. Prashan Fransis and Mr. Nawrooz Azmi, Executive Committee member of Sri Lanka Gems and Jewellry Association during the webinar which was followed by a Q & A session with the participation of over 45 Korean participants from the gem and jewelry industry. Ms. Rekha Mallikarachchi, Minister Counsellor (Commercial), on behalf of the Sri Lanka Embassy delivered the vote of thanks to the organizers and the participants to the webinar. 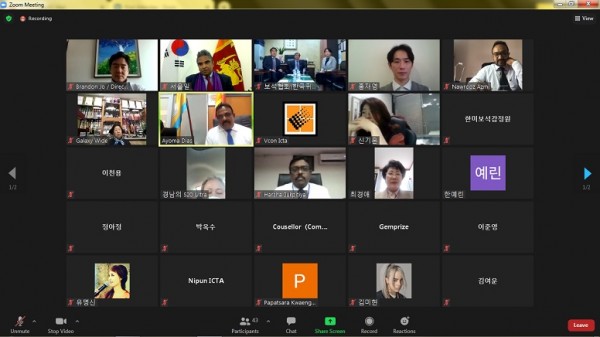 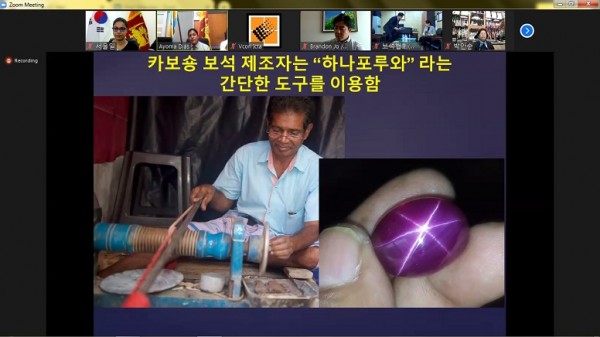