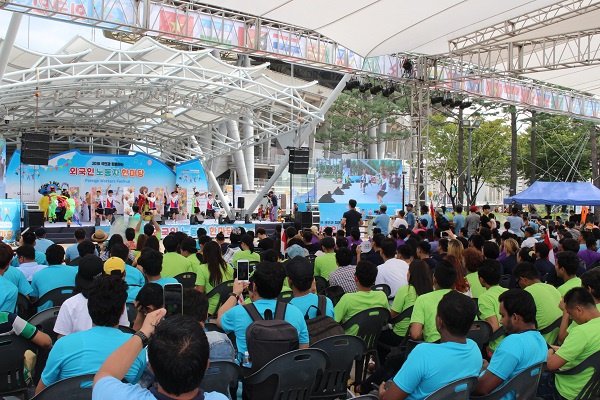 The Sri Lanka Embassy in Seoul participated in the Foreign Workers’ Festival 2018 organised by the Human Resources Development Service of Korea (HRD Korea) on 02 September 2018 at the World Cup Stadium in Suwon City.

The officials of the Employment and Welfare section of the Embassy operated a Sri Lanka booth promoting the country’s many cultural and tourist attractions. Visitors to the Sri Lanka booth were served also with Ceylon Tea and traditional Sri Lankan sweet meats.  The President of HRD Korea, Kim Dong-man; and Director of Foreign Workforce Division of the Ministry of Employment and Labour Rah Yae-soon visited the stall with Ambassadors of sending countries and other distinguished invitees.

The Foreign Workers’ Festival was attended by over 700 foreign employees representing Migrant Centers under HRD Korea from different region in Korea, as well as Korean citizens living in and around the Suwon city.  Sri Lanka’s participation at the Festival was facilitated by the Counsellor/ Employment and Welfare Jagath Batugedara and his team at the Sri Lanka Embassy in Seoul. 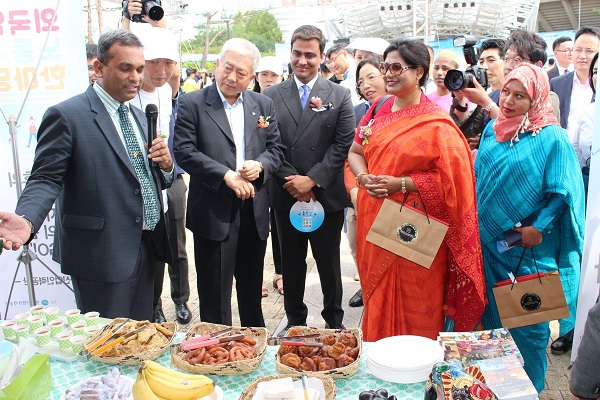 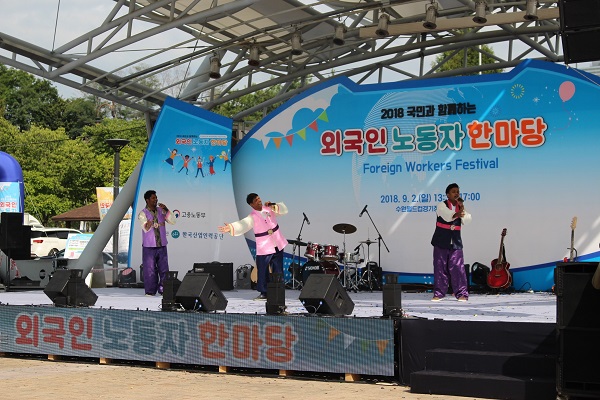 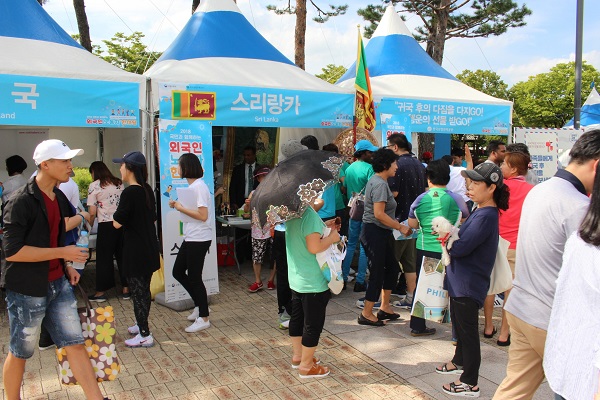