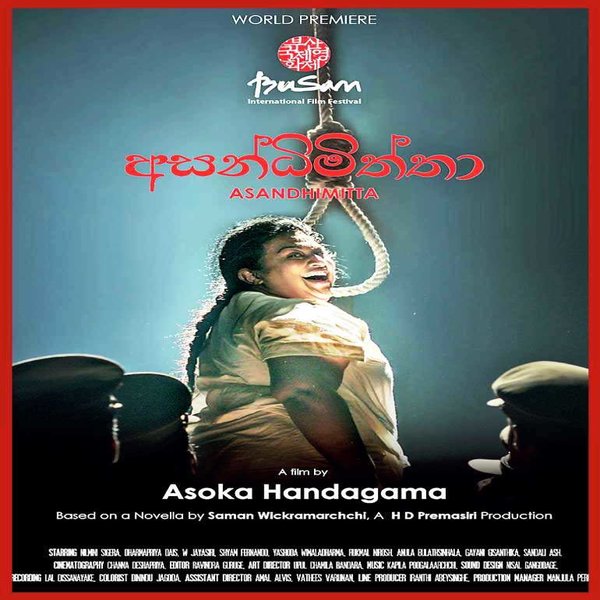 "Asandhimitta", a Sri Lankan film by internationally-acclaimed Film Director Asoka Handagama made its World Premiere on 10 October 2018 at the 23rd Busan International Film Festival (BIFF) in the Busan Cinema Center in the Republic of Korea. The film was followed by a Q&A session where Director Handagama responded to questions raised by the audience.   The Sri Lanka Embassy in the Republic of Korea was represented at the event.

The BIFF which commenced on 04 October will continue until 13 October 2018 in Busan city, and entails screening of 324 films from 79 countries around the world.  Held annually, BIFF is one of the most significant film festivals in Asia, focusing on introducing talented new films and first-time Directors, especially from Asian countries, to the world.