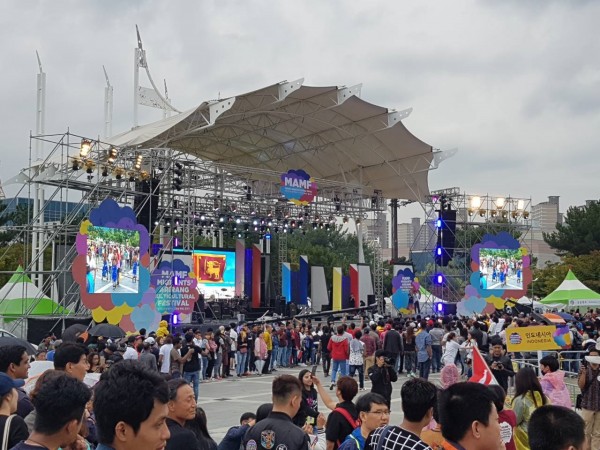 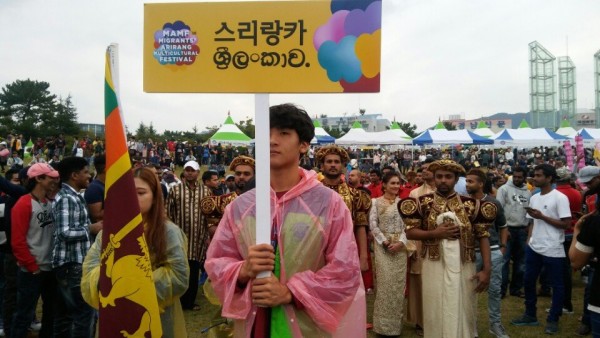 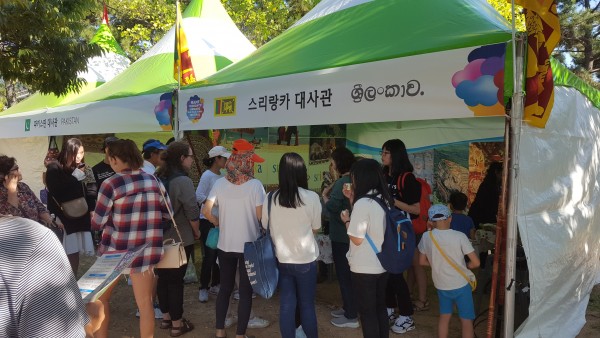 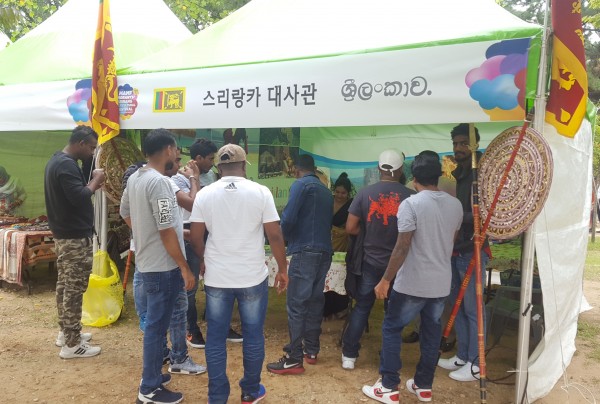 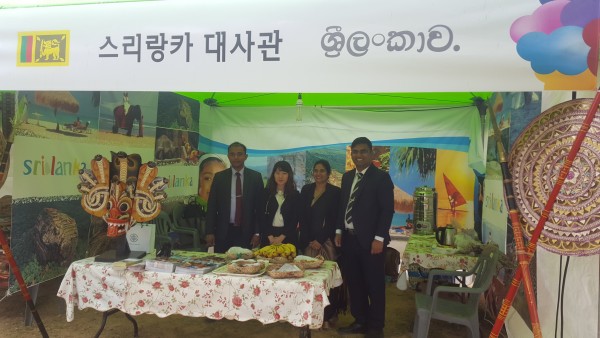 The Sri Lanka Embassy in Seoul participated in the Migrant Arirang Multi-Cultural Festival 2017 organized by the Gyeongnam Migrant Community Service Center from 29 September 2017 to 01 October 2017 at Youngji Cultural Park in Changwon City. The officials of the Embassy operated a Sri Lanka booth promoting the country’s many cultural and tourist attractions. Visitors to the Sri Lanka booth were served with Ceylon Tea and traditional Sri Lankan sweet meats.

The Embassy officials also conducted an Employment and Welfare Programme for Sri Lankan employees who participated in the event, provided advisory/information services with regard to employment-related matters and on re-integration programmes.

During the Festival, the Gyeongnam Migrant Community Service Center also organized a Multicultural Parade including Sri Lanka in collaboration with the migrant community in Changwon.  The Festival was attended by over 3,000 foreign employees from different regions in Korea, as well as Korean citizens in and around the Changwon city.  Nearly 500 Sri Lankan employees visited the Sri Lanka booth at the festival.