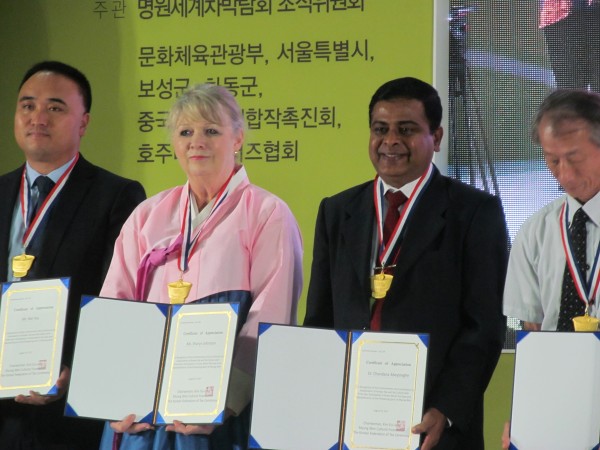 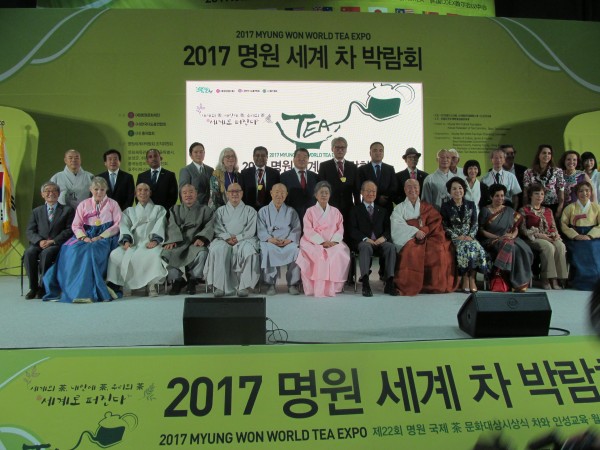 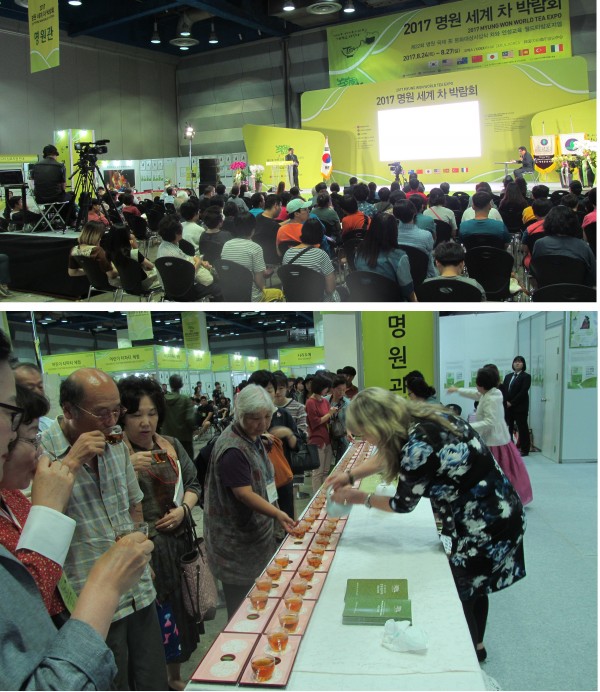 The Commercial Section of the Sri Lanka Embassy in Seoul participated in the 2017 Myung Won World Tea Expo from 24-27 August 2017 at the COEX in Seoul, in partnership with Tea Korea Co. Ltd (distributor of Akbar tea in Korea) and Lumbini Tea Valley.  The opening ceremony was attended by Sri Lanka’s Ambassador to the Republic of Korea Manisha Gunasekera. The Chairperson of the Myung Won Culture Institute Ms. KIM Eui Jung awarded a Certificate of Appreciation and Medal to Dr. D.C. Abeysinghe, Dean of the Faculty of Agriculture and Plantation Management of the Wayamba University of Sri Lanka for the services rendered in the globalisation of tea. Dr. Abeysinghe also made a presentation at the Expo on “Ceylon Tea” to a gathering of tea professionals followed by a tea tasting event on 26th August 2017.