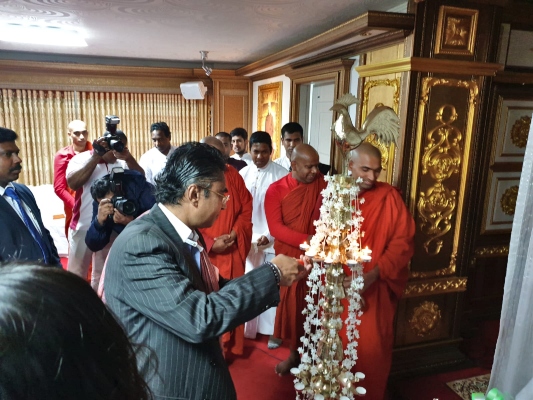 The Sermon at the Opening Ceremony of Mahamevnawa Meditation Monastery was delivered by Most Venerable Welimada Saddhaseela and alms were offered to the Buddhist Monks in the presence of over 400 Sri Lankan migrants/expatriates and other invitees. Ambassador Dr. Mendis also interacted with the large Sri Lankan migrant workers domiciled in the region as suggested by the Chief Monk of Mahamevnawa Meditation Monastery. Most of the migrants of Sri Lanka were pleased to interact with the other members of the staff of the Embassy and Dr. Mendis since they could express their challenges, difficulties and suggestions to the staff of the Embassy. Further, Counsellor Mr. Senarath Yapa, Third Secretary Ms. Samantha Senanayake and Labor Attachés Mr. D.A.S. Priyadharshana, Mr. H. Thilakarathne, Mr. Sameera De Silva and others from the Embassy too were present at the Ceremony. For record, the City of Daegu is approximately 310 Km from the City of Seoul. 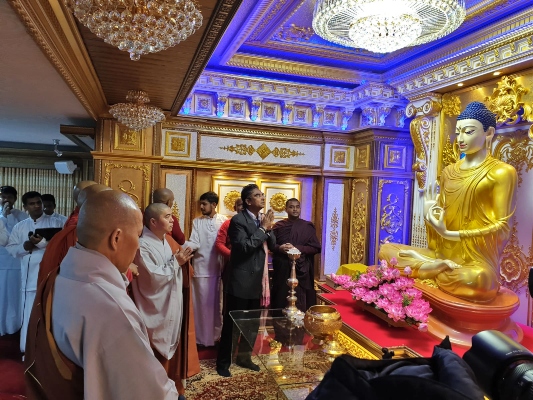