President Dr. Chang Donghee, a career diplomat of the Foreign Service of the Republic of Korea, who joined the Service in 1977 and being the Ambassador to a number of countries including the UN Geneva, Libya and Finland, is currently the President of Saemaul Globalization Foundation. Dr. Chang Donghee and the Director Dr. Esther Kim called on Ambassador of Sri Lanka to the Republic of Korea, Dr. A. Saj U. Mendis, to discuss the potentiality of Sri Lanka and the assistance Saemaul Globalization Foundation could extend and have extended in the recent past. Known as Saemaul Undong was instrumental and seminal in the economic, commercial, trade and manufacturing transformation, revitalization and transmogrification of the entire South Korea since 1970. Established in 1970, under the 17 year Administration of President Park Chung-hee, is a unique and strategic concept of development and advancement of rural sector, mostly villages, by the villagers themselves. This universally commended and acknowledged concept was that the Central Government would extend a fixed amount of raw material and other necessary material and a select amount of funds to villages, free of charge, and entrust the local villagers to build and uplift their respective villages. 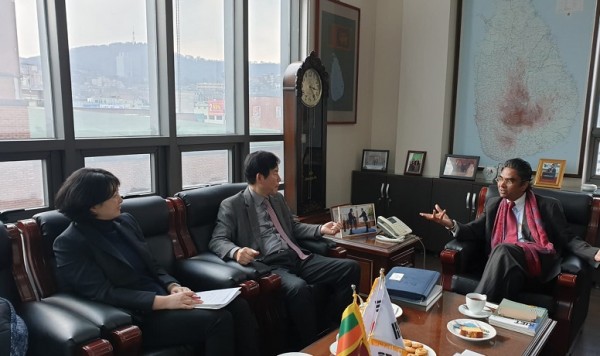 In this visionary economic model, South Korea had chosen approximately 33,000 villages and the villages, which have economically advanced were extended more assistance such as infrastructure, markets, low interest loans, entrepreneurial know-how and finances, amongst others. In this scenario, approximately, half of the villages (16,000) had performed well and were extended more assistance by the Central Government and the villages, which have not performed satisfactorily, were not extended any assistance, whatsoever. This particular model would place each village to compete and vie with other villages in order to obtain more assistance and finances, amongst others. This concept also made the villagers to feel and to engender the belief that they are stakeholders of their respective “Village Inc”.

President Dr. Chang Donghee expressed, since his team and he had been to Sri Lanka on several occasions, that Sri Lanka has increasing potential to develop and advance by using a concept or model similar to Saemaul Undong. Currently, President Dr. Donghee stated to Ambassador Dr. Mendis that there are over 35 towns and villages in many developing countries including in Sri Lanka that the team of experts and trainers of Saemaul Undong are extending assistance, in many spheres, as pilot projects. He further stated that Saemaul Undong had assisted the villages  of Pitiyagama and Pahalagama in Province of Sabaragamuwa and Kegalle on mushroom and onion projects and now this particular brand is marketed in major super markets in the country. The Saemaul Undong was highly impressed of the attributes, characteristics, work ethics and competence of Sri Lankan villagers and youth, in particular, and stated to Dr. Mendis that with focus and discipline, Sri Lanka could literally become an economic and commercial beacon or “hub” not only in South Asia but in the entire continent of Asia within a space of less than two decades. 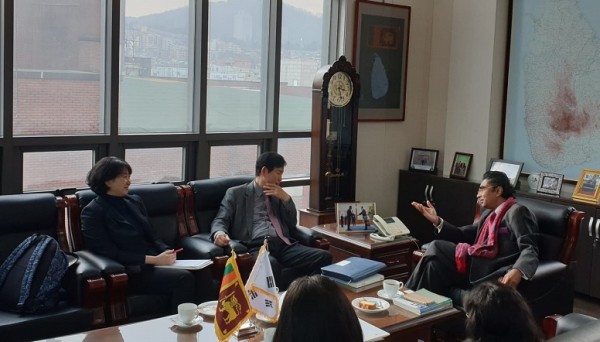