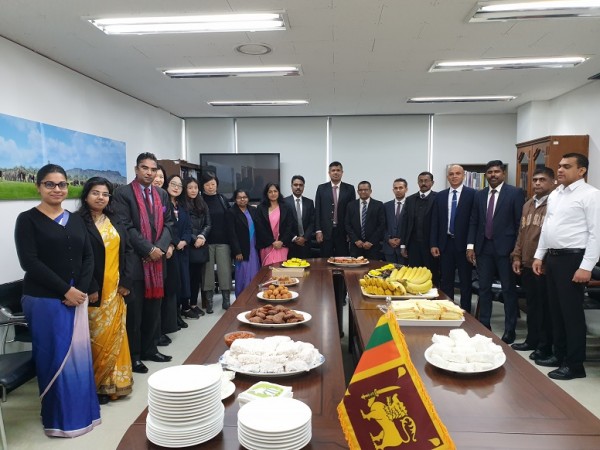 On the first working day of the year 2020, the entire staff of the Embassy of Sri Lanka in the Republic of Korea commenced its duties ceremonially and religiously, with an event organized at the Embassy premises.

The event began by hoisting the National Flag by the Ambassador of Sri Lanka to the Republic of Korea, Dr. A. Saj U. Mendis followed by singing of the National Anthem by the Staff of the Embassy. Thereafter, a two minute silence was observed to commemorate war heroes and others who sacrificed their lives on behalf of the motherland.

The Oath of the Public Service was read by the staff of the Embassy and the Ambassador Dr. Mendis addressed the gathering and highlighted the necessity of improving efficiency, productivity, courtesy, punctuality and effectiveness to the public service as indicated in the Oath of the Public Service. He, during his address, made parallels to the economic advancement and development of the Republic of Korea within a space of three decades and Singapore within two decades. He further added that the economic revitalization of South Korea is often described as the “Miracle on Han River” and the then West Germany as the “Miracle on Rhine River” in early 1960s. Sri Lanka has immense potential as well as the country is well positioned and well poised for economic, touristic and commercial advancement and when Sri Lanka becomes a developed advanced nation, it could be described as the “Miracle on Kelani River”. Dr. Mendis added that as members of the Public Service of the country, all of us should and must work in order to achieve the so-called “Miracle on Kelani River” in this newly dawned decade.

Ambassador Dr. Mendis also enunciated the key features and attributes of the economic and commercial advancement of these two select countries and implored and urged the staff to conduct and address their respective duties and functionaries to the best of ability with the highest degree of diligence, efficacy, discipline and sedulousness, thus realizing and fructifying the national objectives of the motherland.

The event concluded by serving a large variety of Sri Lankan cuisine including kiribath (milk rice) to the gathering as well as the guests who had called on the Mission for Consular related matters. 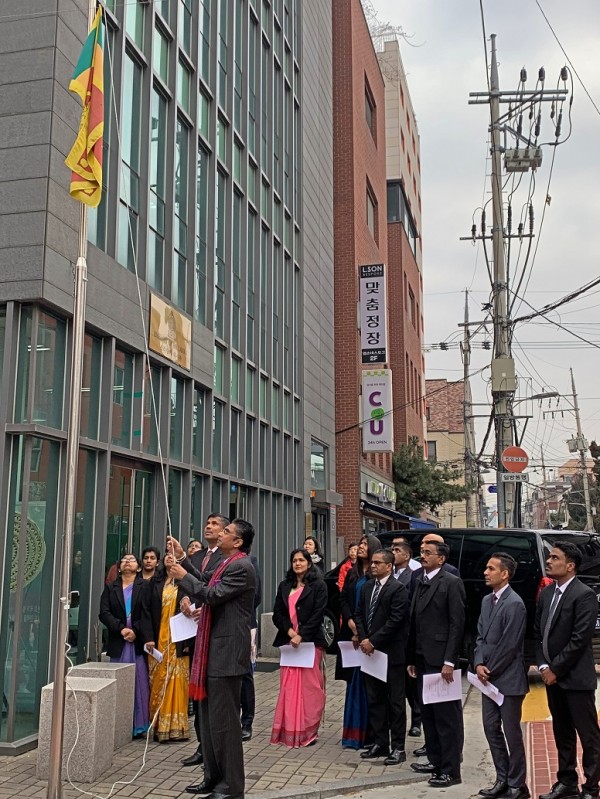 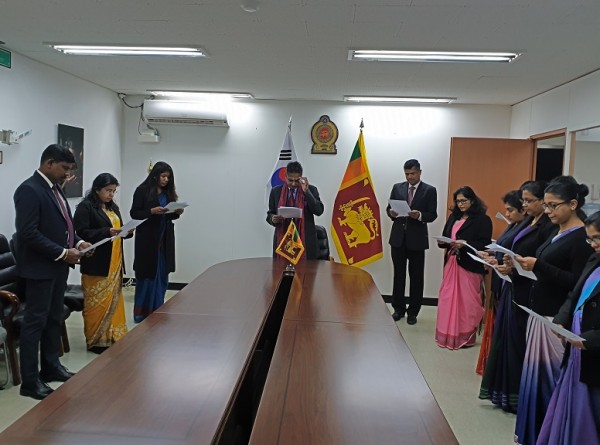 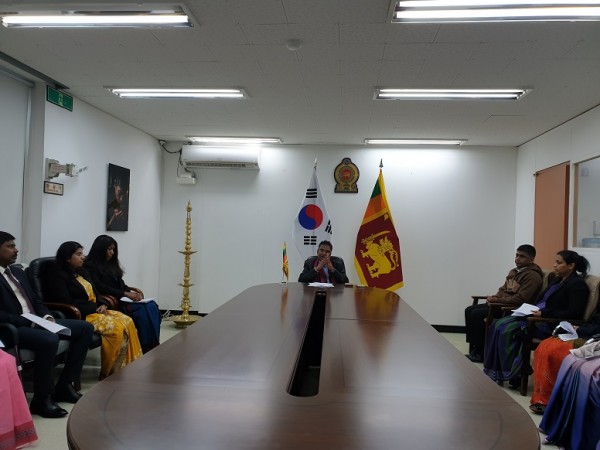